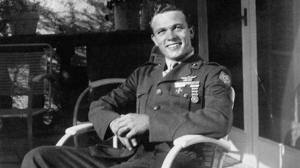 sumber : http://www.tempo.coSTRAIGHT actors who wanted to pay for sex in the 1990s had Heidi Fleiss. Gay ones during the late 1940s and beyond apparently had Scotty Bowers.

His story has floated through moviedom’s clubby senior ranks for years: Back in a more golden age of Hollywood, a guy named Scotty, a former Marine, was said to have run a type of prostitution ring for gay and bisexual men in the film industry, including A-listers like Cary Grant, George Cukor and Rock Hudson, and even arranged sexual liaisons for actresses like Vivien Leigh and Katharine Hepburn.

“Old Hollywood people who have, shall we say, known him would tell me stories,” said Matt Tyrnauer, a writer for Vanity Fair and the director of the 2008 documentary “Valentino: The Last Emperor.” “But whenever I followed up on what would obviously be a great story, I was told, ‘Oh, he’ll never talk.’ ”

Mr. Bowers, 88, recalls his highly unorthodox life in a ribald memoir scheduled to be published by Grove Press on Feb. 14, “Full Service: My Adventures in Hollywood and the Secret Sex Lives of the Stars.” Written with Lionel Friedberg, an award-winning producer of documentaries, it is a lurid, no-detail-too-excruciating account of a sexual Zelig who (if you believe him) trawled an X-rated underworld for over three decades without getting caught.

“I’ve kept silent all these years because I didn’t want to hurt any of these people,” Mr. Bowers said recently over lemonade on his patio in the Hollywood Hills, where he lives in a cluttered bungalow with his wife of 27 years, Lois. “And I never saw the fascination. So they liked sex how they liked it. Who cares?”

He paused for a moment to scratch his collie, Baby, behind the ears. “I don’t need the money,” he continued. “I finally said yes because I’m not getting any younger and all of my famous tricks are dead by now. The truth can’t hurt them anymore.”

Twenty-six years after Hudson’s death from AIDS and more than four decades after “Hollywood Babylon” was first published, it will come as a surprise to no one that the images the movie factories created for stars of the 1940s, ’50s and ’60s — when Mr. Bowers was most active — were just that: images. The people who fed the world strait-laced cinema like “The Philadelphia Story” and perfect-family television like “I Love Lucy” were often quite the opposite of prudish in private.

At the same time, a lot of what Mr. Bowers has to say is pretty shocking. He claims, for instance, to have set Hepburn up with “over 150 different women.” Other stories in the 286-page memoir involve Spencer Tracy, Cole Porter, the Duke and Duchess of Windsor and socialites like the publisher Alfred A. Knopf. “If you believe him, and I do, he’s like the Kinsey Reports live and in living color,” said Mr. Tyrnauer, who recently completed a deal to make a documentary about Mr. Bowers.

“Full Service” at the very least highlights how sharply the rules of engagement for reporting celebrity gossip have changed. The sexual shenanigans of movie stars were a currency for tabloids stretching back to Hollywood’s earliest days, but studios and, subsequently, squadrons of privately hired public relations experts could usually keep all but the most egregious behavior out of the news media. Secrets were kept.

A degree of that still goes on, of course, but it’s much harder to keep details as salacious as the ones Mr. Bowers outlines under wraps. Now all it takes is one pair of loose lips for TMZ to beam all manner of embarrassing information around the globe.

The people behind the memoir, including Mr. Bowers’s agent, David Kuhn, and Morgan Entrekin, the publisher of Grove/Atlantic, insist that “Full Service” is not a prurient tell-all, but instead provides a window into an erased, forgotten and denied past of Los Angeles. In his pitch to publishers, Mr. Kuhn positioned it as no less than a tale about “the complex and conflicted psychosexual history of America’s soul.” 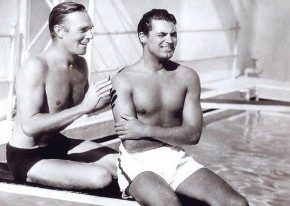 A lot of big publishers didn’t agree, or at least were not willing to risk the bawdy stuff to get to any larger point. (Yes, the book was offered to Knopf.) Mr. Entrekin said he decided to publish “Full Service” partly because “there seemed to be nothing meanspirited about it at all.

“You don’t get the sense that this guy is trying to exploit these experiences,” he said.

The heirs and estates of some of the people mentioned in the book are bound to feel otherwise. Fans, too.

“He needs to brace himself for attacks,” said William J. Mann, the author of celebrity biographies like “Kate: The Woman Who Was Hepburn,” which details what he says was Hepburn’s lesbianism and Tracy’s bisexuality, using Mr. Bowers (identified as Scotty) as one of several sources. “Some of the pushback is going to be homophobia,” Mr. Mann added. “But there will also be people who say he’s making it up to sell books and others who say why can’t you let these people rest in peace.”

“Kate” drew all those reactions and more when it came out in 2006. In particular, “Spencer Tracy: A Biography,” written by James Curtis and published in October, dismisses Mr. Mann’s account of Hepburn’s and Tracy’s sexuality, characterizing Mr. Bowers as unreliable. “Bowers is full of glib stories and revelations, all cheerfully unverifiable,” Mr. Curtis writes.

Jennifer Grant, the daughter of Cary Grant, declined to comment on Mr. Bowers’s book. But her spokeswoman said Ms. Grant’s book, “Good Stuff: A Reminiscence of My Father, Cary Grant,” published in 2011, acknowledges that she knew him to be very straight and that he was amused by chatter that he was bisexual.

The ABC News anchor Cynthia McFadden, an executor of the Hepburn estate, said it was its long-standing practice not to comment about books like “Full Service.”

Mr. Entrekin said that the book had been vetted by a libel lawyer. “Based on his comments, we deleted some information,” he said.

Lawyers who specialize in celebrity-related matters said neither federal copyright law nor the patchwork of state-based “right of publicity” laws offer recourse to heirs or estates displeased with assertions published in a memoir. “They might be in tears, but there’s nothing they can do about it,” said Alan U. Schwartz, a veteran entertainment lawyer at Greenberg Traurig.

A $20 bill, given as a tip, according to Mr. Bowers, bought his services in the beginning. That was 1946, and he was 23. As Mr. Bowers tells it, he stumbled into his profession by accident.

Newly discharged from the Marines after fighting in the Pacific during World War II, Mr. Bowers got a job pumping gas at the corner of Van Ness Avenue and Hollywood Boulevard, not far from Paramount Pictures. One day Walter Pidgeon (“Mrs. Miniver”) drove up in a Lincoln two-door coupe, according to the book, and propositioned Mr. Bowers, who accepted.

Soon, word got around among Pidgeon’s friends, and Mr. Bowers, from his base at the station, started “arranging similar stuff” for some of Bowers’s more adventurous friends.

Many clients were not famous, Mr. Bowers said. Film production was flourishing in the late 1940s, and Los Angeles became a destination for writers, set designers, hairstylists and other “artists with open minds,” as Mr. Bowers put it. It was also a time of the vice squad, which raided gay bars. “The station was a safer hangout,” he said. “Sometimes police would come around, sure. But I think I never got caught partly because I kept everything in my head. There was no little black book.” 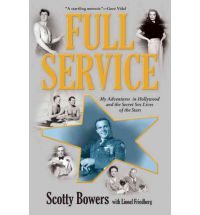 Perhaps it’s hard to look at Mr. Bowers today — an elderly man with sloped shoulders and a shock of unruly white hair — and believe that a half-century ago he was sought out by some of the most handsome men to have ever strutted through Hollywood. But after some time with him, the still-sparkling blues and the impish smile help convince you that he could have definitely had seductive powers.

Mr. Bowers quit pumping gas in 1950 and says he supported himself for the next two decades through prostitution, bartending and working as a handyman. Mr. Bowers writes that, in addition to his gay clients, he also gained a following among heterosexual actors like Desi Arnaz, who used him as a type of matchmaking service. Mr. Bowers, who says he personally “prefers the sexual company of women,” says he never took payment for connecting people like Arnaz with bedroom partners.

“I wasn’t a pimp,” he said. (Mr. Arnaz’s wife at the time, Lucille Ball, apparently felt otherwise, according to “Full Service.”)

Mr. Bowers said he continued this life until the onset of AIDS in the 1980s; he also married in 1984. AIDS “brought an end to the sexual freedoms that had defined much of life in Tinseltown ever since the birth of movies,” Mr. Bowers writes. “It was obvious that my days of arranging tricks for others were over. It was too unsafe a game to play anymore.”

Over the years, according to Mr. Bowers, various writers he encountered considered writing about him. One was Dominick Dunne, whose son, the actor and director Griffin Dunne, provided a blurb for the “Full Service” book jacket. (“A jaw-dropping firsthand account of closeted life in Hollywood during the ’40s and ’50s.”)

Mr. Bowers says Tennessee Williams, during a visit to the Beverly Hills Hotel in the 1960s, wrote “a revealing exposé.” But Mr. Bowers hated it, and Williams scrapped it. “He made me sound like a mad queen flying over Hollywood Boulevard on a broomstick directing all the queens in town,” he said. “It was way over the top.”