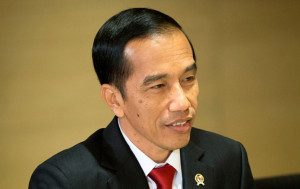 My name is Hartoyo, I am the chairman of the Board of Committee of Suara Kita Association. Along with many friends, I have been your loyal supporter, since you were the Jakarta Governor until you made it through the long process of presidential election and won the seat of President of the Republic of Indonesia. Suara Kita Association is a social organization that advocates for the rights of gender identity and sexual diversity in Indonesia.

Lately gender identity and sexual orientation issues, or the so-called LGBTIQ (Lesbian, Gay, Bisexual, Transgender/Transsexual, Intersex, and Queer), have been a heated topic of discussions, even debates, among many parties, including government officers.

This furor of LGBTIQ discussions in Indonesia takes place on account of many factors, not only LGBTIQ’s organic existence itself, but also the internet technology development and the international prodding concerning the issues. This situation has led to public resistance and confusion with immensely various responses.

First, there’s the group who aggressively rejects LGBTIQ. This group tends to spurn through violence or spread hatred and provocation through the varied media. All this time, this group has spurned the diversity of faiths, ethnics and sexuality, showing us that they, in principle, are not the defenders of democracy and human rights and are indeed violence perpetrators. This group usually acts on behalf of religion. It has small number of members but their activities damage and endanger the nation.

The second group is the people who are disposed to be silent yet in confusion about LGBTIQ due to lack of information. This group doesn’t have any inclination to do violence although they may discriminate or stigmatize LGBTIQ based on the minimum information. If we let them be, this second group can be provoked by the first one to discriminate LGBTIQ people. This second group consists of a huge number of the people; approximately the majority of Indonesian people.

The third group is those who have been exposed of information on LGBTIQ. Generally they are proponents of LGBTIQ movement and advocates of LGBTIQ rights in Indonesia. This group comprises human rights activists, artists groups, a small number of the society, journalists, academicians, and the LGBTIQ people themselves. Unfortunately, this group is extremely modest compared to the two previous groups. Due to its activities, the people are prone to receive violence and stigmas done by the first group, or even state apparatuses.

That is a mapping on Indonesian public in the face of the torrents of LGBTIQ issues. If the three groups above are handled badly, I predict that there would be massive violence, discrimination, even murder toward LGBTIQ people. The history of the US, the Netherlands, England, and Europe would be repeated in Indonesia. It is a grave, absolute horror; people have to die and be murdered just because of their identity. Our nation is at stake in the eye of the international world.

With such concern, as a citizen who upholds the human rights I would like to propose these suggestions:

First, assurance of protection, provision and respect toward citizens’ expression and freedom, especially in the case of LGBTIQ people or their proponents, to participate in the national development, notably for the advancement of democracy and human rights enforcement in every aspect.

Second, surveillance over the first group, which is prone to violence. Should there be potential of violence/provocation, state apparatuses must stop them and act firmly. Should they conduct violence toward LGBTIQ people, they and their proponents must be punished severely.

Third, education and information for those with sparse understanding of LGBTIQ. Gender and sexuality knowledge must be disseminated through both formal and non-formal institutions in every societal layer, among others by creating a movement of “Building Indonesia without Violence/Discrimination”. The activities should involve all parties, such as religious leaders, media, academicians, and particularly the third group above.

I wrote this letter in my clearest conscience as a citizen. I hope this letter would be a matter of your consideration. Please accept my sincere apologies for any inconvenience.